Jaime lost his job at the beginning of the pandemic. He saw an opportunity to focus on his art, while taking care of his mental and physical health and promptly moved to Florida with his parents only to quickly realize he had left his inspiration in NYC. With limited resources and no work, he found a way to return to the big city without having to cram himself into a small apartment with other roommates by living on a boat at Newton Creek since July 2020.

It’s not an easy life, his routine includes carrying heavy gallons of water from the fire hydrant, showering at the closest gym, having no AC for the hot temperatures and during colder day he uses a small propane/gas heater. But that does not stop him from drawing, he tells me it’s the only thing that can make him forget it’s 24 F outside. The same gas tank he sleeps next to also lights up his small stove, where he has to cook quickly to not run out of gas. Solar panels keep his small fridge working and his phone charged. The boat life also carries other risks, this is no high-end marina, Newton creek is one of the most polluted waterways in the US and also an active canal, with big tugboats and barges generating waves that rock his living room as if there was an earthquake. He also has to keep track of the tides with an app on his phone, he has sometimes had to sleep at a friend’s places when tides are unusually high making it impossible to reach the boat.

He keeps a simple life without a lot of possessions onboard, the only exception are books. When not drawing or reading, he is out enjoying his surroundings. Although the industrial area looks rough he feels safe and peaceful, like being tucket away in a little niche, he describes it as self-isolated but not in solitude. His backyard includes a lot of parks, cafés and food spots, many of them a product of the expensive high rises developed on the waterfronts of LIC and Greenpoint. He keeps active with the AOTM (artists of the met) community and doesn’t hide the story of his new home from friends and family, In fact, It’s always an interesting conversation.

He sees himself as a monk living in the mountains, focusing on his art. His drawings are the extension of his feelings, he paints a lot of sculptures and doesn't follow many rules. He wants to keep following his heart and dreams, one of his short-term goals is backpacking Europe and meeting with other artists and learning as much from the arts as possible. One of the perks of the last months is he has been able to save money to cover the expenses of his future trip and even has his plane ticket, he’s just waiting out for the tide to lower and travelling restrictions to ease. 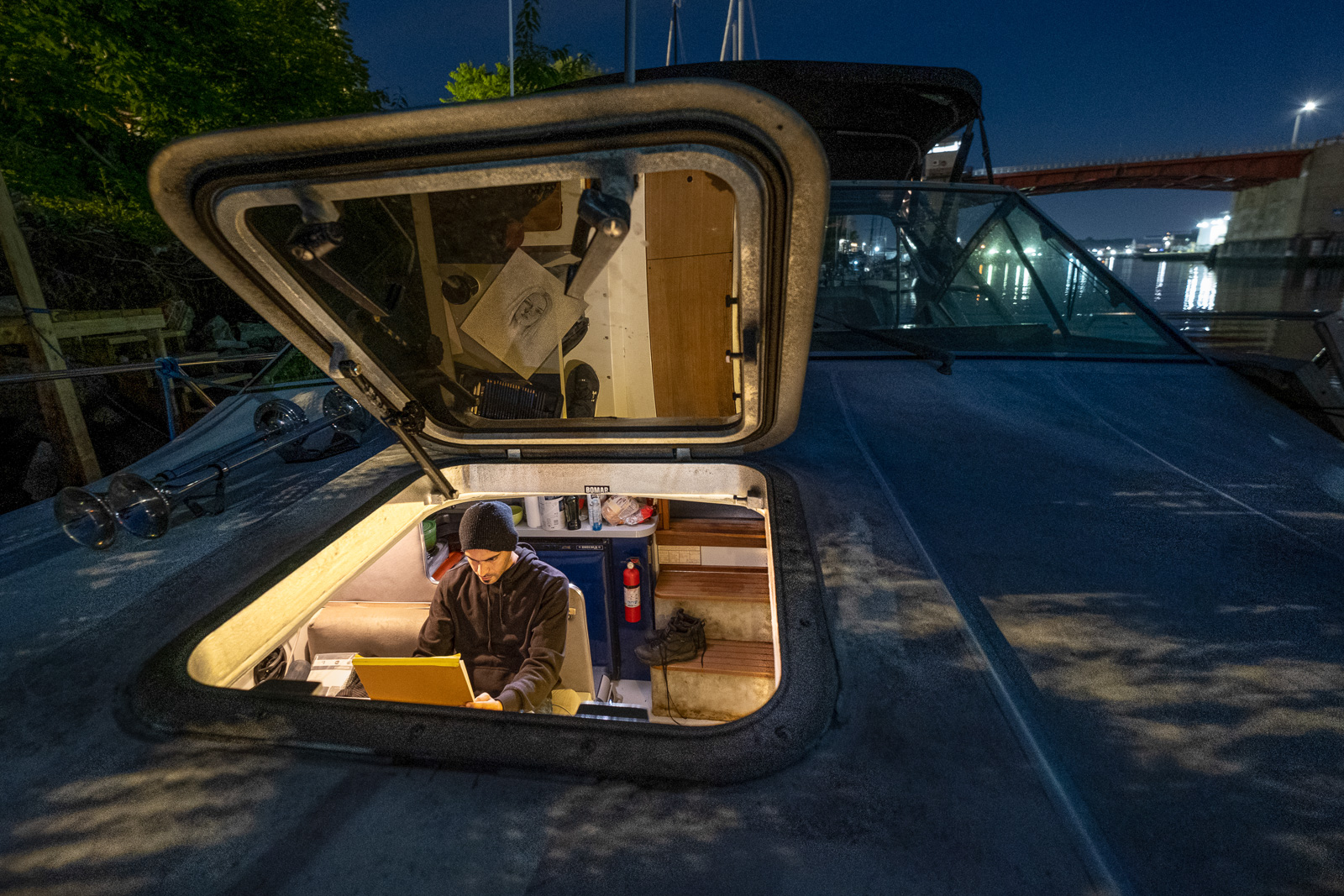